Who is Brian Rubin? 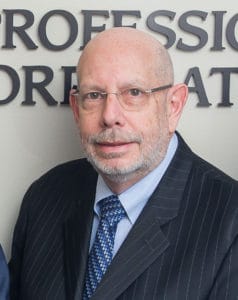 Attorney Brian Rubin, the founder of Rubin Law, a former IRS Agent, and former IRS Attorney, has been a practicing attorney since 1976, is the parent of three children one of whom, Mitchell, has Autism. Brian’s law practice, for nearly four decades, since 1982, when Mitchell was one year old, has been dedicated to serving the legal and future planning needs of his fellow Illinois families of children and adults with intellectual disabilities, developmental disabilities, and/or mental illness. Brian is a Past President (2017-2018) of the Special Needs Alliance, the national, non-profit, association of experienced special needs planning attorneys (membership is by invitation only), served on the Special Needs Law Section Steering Committee of the National Academy of Elder Law Attorneys, was a Charter Member of the Academy of Special Needs Planners, and is a Faculty Member and Text Book Author for the Illinois Institute for Continuing Legal Education (IICLE) on the topic of special needs legal and future planning, as well as a Speaker for the American Bar Association and the Illinois State Bar Association on those topics. Brian has been elected as a Fellow of the American College of Trust and Estate Counsel (ACTEC) and has received the highest attorney rating from Martindale-Hubbell, AV® Preeminent™, and AVVO’s highest attorney rating of Top Attorney. Brian is a Past President of The Arc of Illinois (2007-2011), served on The Arc of Illinois Board for 15 years (2004-2019), is a Past Chairman of the State of Illinois Statewide Advisory Council on Developmental Disabilities (2002-2004), is the Immediate Past Chairman of the State of Illinois Autism Task Force (Chairman 2005-2015) established by the Illinois Legislature in 2005, serves as a member of the State of Illinois Guardianship & Advocacy Commission since 2013, served on the State of Illinois Department of Human Services Office of Inspector General Quality Care Board for 6 years, among many other State of Illinois Committees and Commissions. Brian has been a member of the Board of Directors of Clearbrook (an organization serving more than 8,000 individuals with intellectual and/or developmental disabilities, including his son, Mitchell) since 1989, is a member of the Board of Trustees of Life’s Plan, Inc. which serves as Trustee of both Pooled Special Needs Trust and individual Special Needs Trusts, served as a member (Past Chairman) of the Board of Directors of the Special Leisure Services Foundation, the foundation supporting the Northwest Suburban Special Recreation Association (NWSRA), served as the founding Chairman of the Board of Directors of the Foundation of The Special Education District of Lake County (SEDOL Foundation), served on the Board of Directors of KESHET (Jewish Parents of Children with Special Needs), serves on the Advisory Council of Encompass (Encompass in partnership with Jewish Child & Family Services, Jewish United Fund, JVS Chicago, JCC Chicago, Keshet, and The Center for Enriched Living and Center for Independent Futures), served for 7 years on the Board of Directors of Pact, Inc., now known as DayOne Pact, which serves as Trustee of Special Needs Trusts as well as Guardian for individuals with intellectual disabilities, developmental disabilities and/or mental illness, and served on the Board of Directors of Northpointe Resources, also an agency serving individuals with intellectual and/or developmental disabilities.

Please “click” on the “Calendar of Events” tab for a list of where Brian and Benjamin, will be speaking in the future, and where they have lectured in the past.